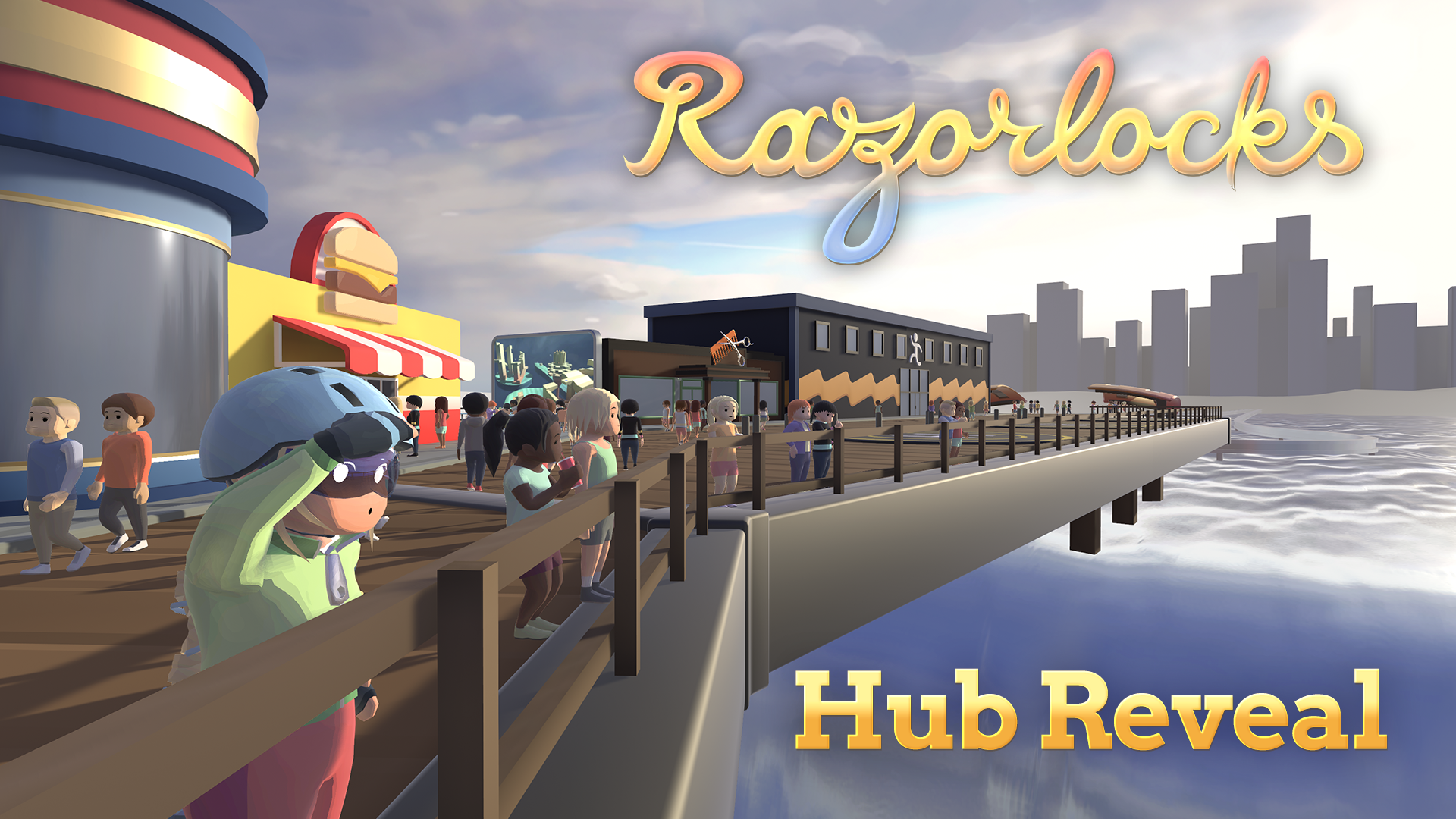 It’s been more than a year since the last update, but I finally have something new to show off for Razorlocks. This is the hub area, a pier perched on the edge of a waterfall where you will be able to select a level to travel to, choose a new outfit, view online leaderboards, or warm up in the training area. This is the home base for the runners and their fans (NPCs). The runners are people like Razorlocks, the playable character, who use their hair to navigate and explore levels and beat each other’s times. I plan on adding at least a few non-playable characters with similar designs to Razorlocks that you can interact with and who will make the universe feel more believable. 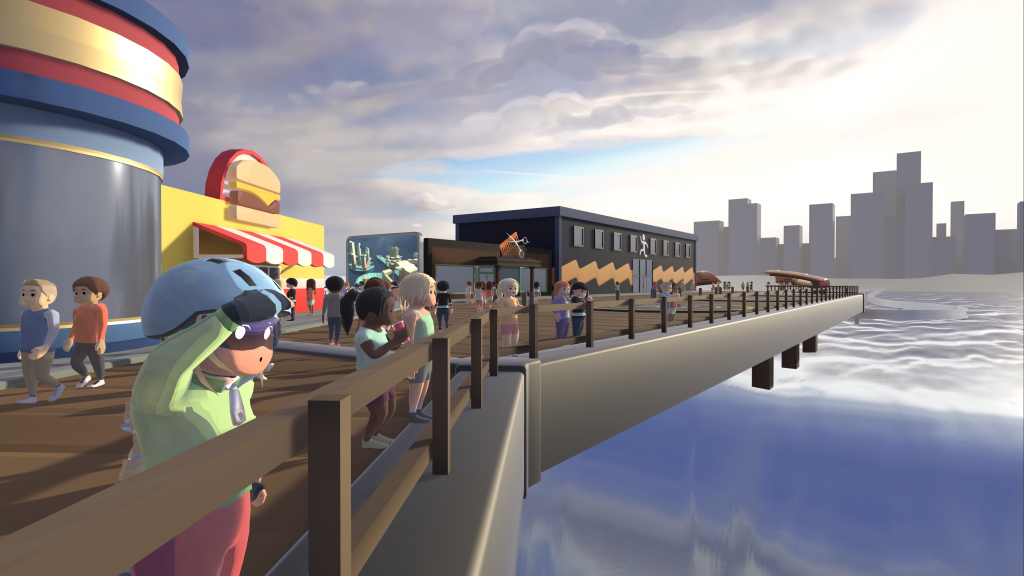 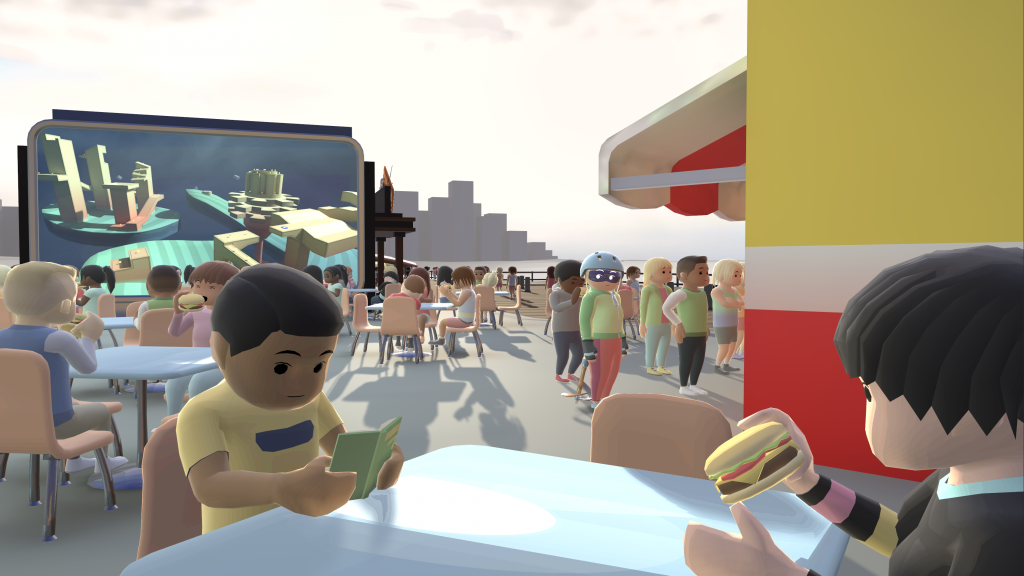 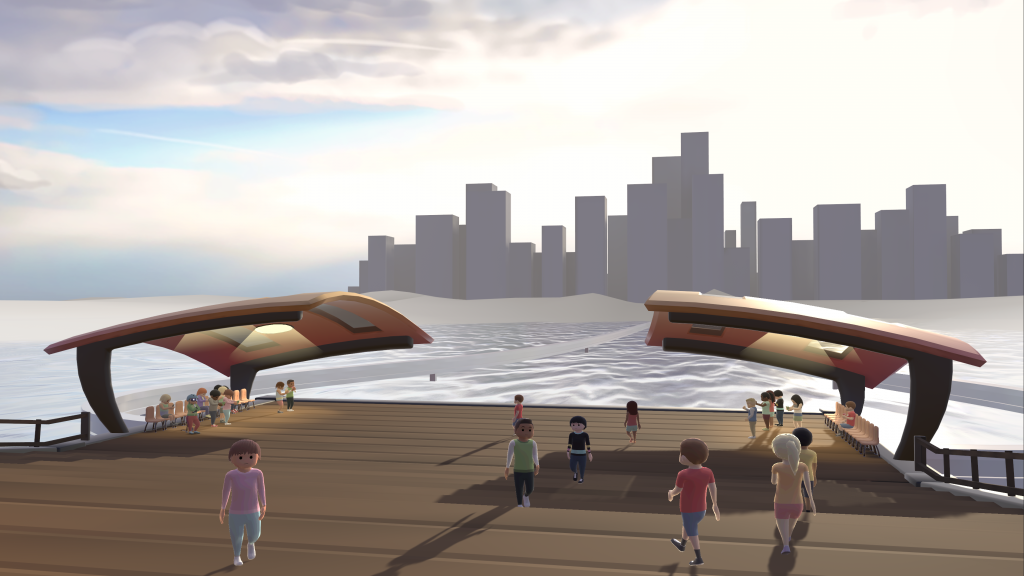 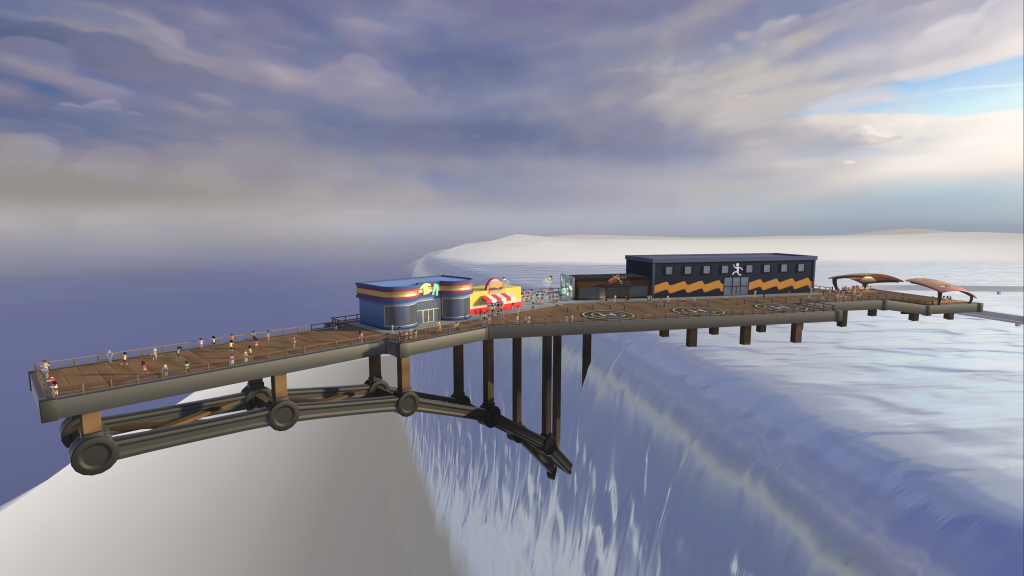 This took me quite a while to put together largely because I was finishing my degree and doing some freelance work, but I think this will add a lot of character and charm to the game by giving it a sense that it has it’s own universe beyond being a collection of disconnected levels. I believe this will help create a great first impression for new players when they start up the (finished) game and see how alive it feels, plus it will look good in a trailer. There are loads of NPCs walking, standing, and sitting around that react when you spin or dash near them, just make sure you don’t fall in the water!

As for the Steam demo, there is still a lot of work that has to be done before I can release it. The first order of business will be to redesign the enemies, as they currently don’t stand out very much and look kind of bland. I’m thinking of making them resemble some sort of crystal animals rather than the vaguely polygonal rock-things they currently are. Having them look like more familiar creatures should give them more appeal.

The next thing I want to do is add some powerups to create more interesting gameplay interactions and tools for the player to use. Something like a time-slow powerup could be fun in a level with fast-moving platforms. Another step will be creating the tutorial/training area which will be the interior of the gym in the hub area (the building with the running person on it). Next to that, one of the helipads will have a helicopter to take you to different levels.

Finally the UI needs to be overhauled and made to look decent since everything is currently based around Unity’s default UI sprites and text. Basically the game needs to be polished to the point where it feels like it’s essentially finished, except lacking the content of the full game including more levels. Then once the demo and Steam page are live I can continue adding more meaningful content and work towards a full release.

I intend to be done with the demo in 2022, but we’ll see how that pans out considering it took me over a year to get this preview out. I will still be strapped for time to work on this since I’m starting a new job almost immediately after this blog post goes out, but no matter how long it takes the game will eventually be finished as I have no intent to stop working on it.

I’ve also rewritten the main theme for the game from scratch which you can listen to here.

The skybox used in the hub is from this Unity asset which I will also be using for skyboxes in the other levels.