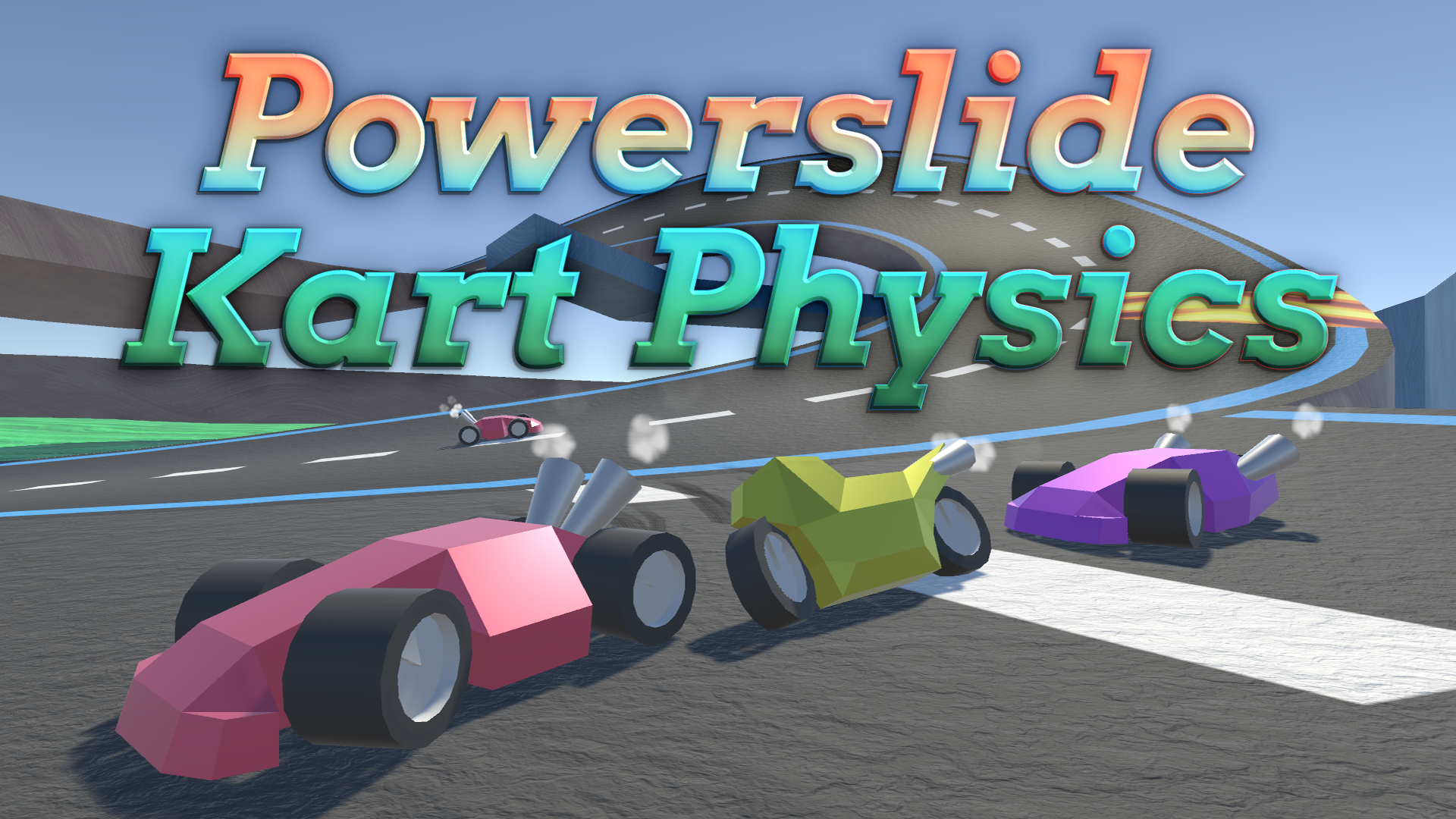 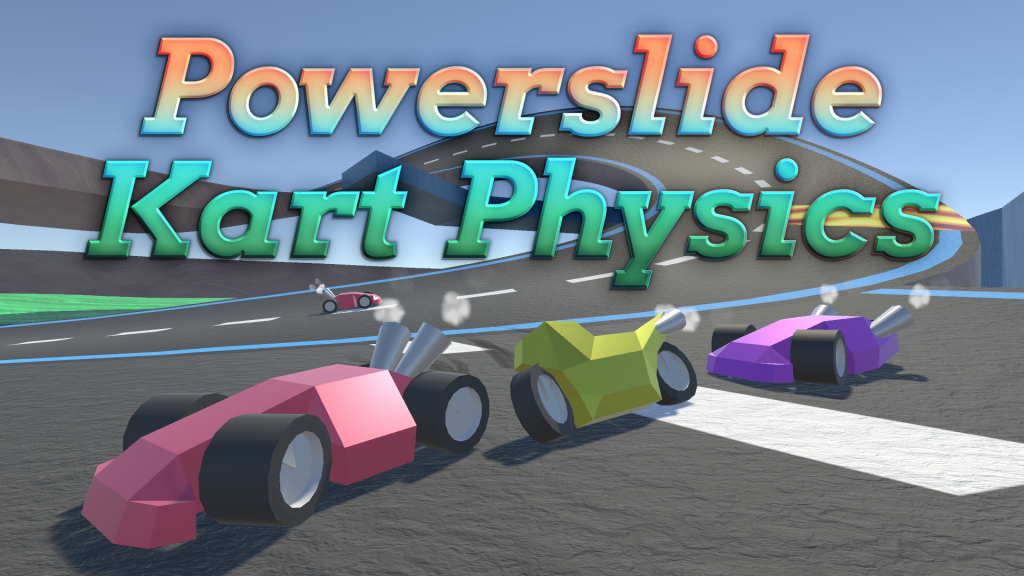 My new unity asset Powerslide Kart Physics has been released! It is based on the physics of my old game The Fastest Meal of the Day. While the core physics are very similar, pretty much all of the code has been significantly refactored and made more flexible.

Familiar mechanics including jumping, drifting, and turbo boosting are all here, along with limited item/powerup support and basic waypoint AI.

This asset supports two item types out of the box: projectile items and turbo items. Four example items are included, these being the trap, bouncer, homing item, and turbo boost.

Rudimentary waypoint-following AI is included, but this is mainly for demonstration purposes.

The PDF documentation contains a walkthrough for setting up a kart from scratch as well as a script reference for users interested in expanding upon the asset.

Try out either the WebGL or Windows demo to see how the karts feel for yourself. There is also an AI-controlled demo for Android meant to demonstrate performance.

For inquiries and assistance, reach out for support by email to [email protected]. Customers are asked to submit an invoice number from purchase when contacting for technical support.

Purchase on the Unity Asset Store